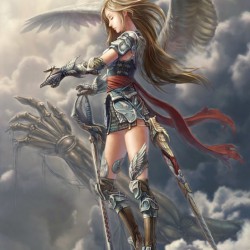 I'm a teenage girl living in Ontario, Canada. My passions involve reading books of mostly YA and Contemporary. 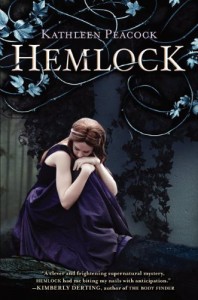 At first i did not want to read this novel as other werewolf novels were not that appeasing to me. However, as soon as I read the first few sentences, I couldn't help but be sucked into this new world.

This YA novel is about a girl named Mackenzie (Mac) Dobson who lives in a town called Hemlock in the United States. This town is set during a time of sadness and fear as werewolf attacks have been prevalent throughout the years. Most importantly, the story surrounds Mac and her two friends Jason and Kyle as the three of them deal with the sudden death of their best friend Amy who was brutally murdered by a werewolf. However, Mac soon finds out that werewolves are not the only ones she should be wary of; the Trackers are just as equally dangerous. As Mac attempts to seek revenge for her friend's death, she is thrown into chaos and violence that places her in sudden danger.

I couldn't help but fall in love with Kyle Harper as I continued reading this thrilling novel. He is the stereotypical boyfriend material every girl swoons over. He is sweet, handsome, muscularly built and just down right amazing. However, Jason is the "bad boy", always getting into fights and drinking every second of the day. Jason just annoyed me. Although, Mac surprised me. She wasn't the stereotypical damsel in distress. Sometimes throughout the book, she reminded me of Rose Hathaway from Vampire Academy. I honestly enjoyed reading through Mac's point of view. She was not annoying or weak in any case. I think she was a good female lead character. Also, I think Serena was a better best friend to Mac than Amy would ever be. Just saying.

The plot line was intriguing. I enjoyed how Kathleen Peacock foretold a complicated story line without confusing her audience. Her fictional world was very interesting to read. It had me at the end of my seat every second of the way.

Kathleen Peacock's writing was very good in the point of view of a teenage girl and her personality. The text was not childish for the setting; however it was not too sophisticated as well.

Overall, I really enjoyed reading Hemlock by Kathleen Peacock. It is an amazing werewolf novel and a heart-breaking romance. I recommend this book to any readers who enjoyed The Body Finder and anyone who is interested in supernatural romance.